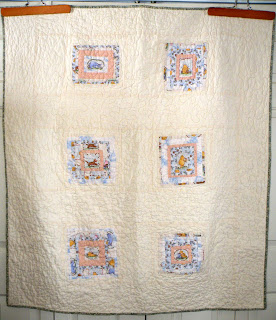 I've had this top done for a long time. It's been sitting around waiting to be quilted. I'm not super crazy about it. I had a few Winnie fat quarters and had no idea what to do with them, so I played around a bit. After I finished a few squares, I was pretty much done with these. So I ended up setting them amongst some unbleached muslin. Then pieced the back. I like the back better than the front, I think! 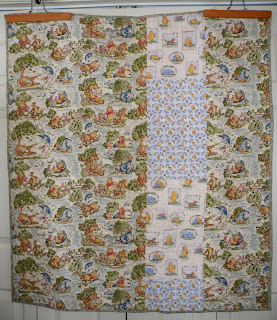 (the back looks a little crooked near the bottom but it's really not. It's the way it is hung and is draped) 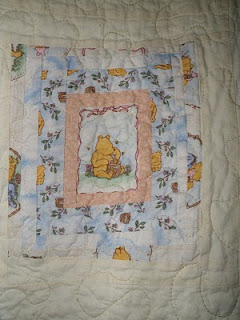 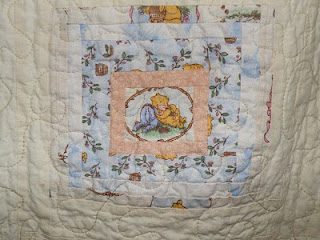 Here's a couple close-ups of 2 of the blocks
This quilt is being donated to an auction fundraiser for my husband's uncle who is running for Sheriff in the town he grew up in. Hopefully they will get something for it!
Posted by Jen at 9:34 AM